So if you take a peek back in time, no one who was not a religious person ever cared about Muslims or about Jews or about Christians or any other faith, hatred and war is spewed one among the other and even among the believers themselves, within themselves, among different sects and groups within each faith.

Western Society Today Does Not Care

The non believers, atheists (capitalists of today), don’t really care about all of that, they sit on the sidelines, doing their own thing, pretty much laughing at the whole picture. And throughout history, religions have tried to force themselves onto non-believers, who just didn’t even have any opinion, they just didn’t care, religion – bored – them and seemed boring to the individuals who sought after mind & money and not spirit or regligion. But that’s for a different article, in this article we will be pondering and asking questions, trying to seek answers, about radical Islam, skimming through history and pieces of information and thought, to see if we care about it or if it is just another boring subject that we can keep on not caring about.

I Care Enough to Defend Against Terror

I’m not saying that I don’t care AT ALL about what is happening around the world, with radical Islam, among other things, I’m just saying that it will probably not be able to kill my boredom, it’s not very interesting if you think about it, radicalism and hate and violence, opinions, are everywhere, we are bored of it mostly.

So radical Islam is almost as old as Christianity itself, it was pretty much born as the Mirror image of Jesus, who loves all and accepts all into his faith, the radical Islam on the other hand, hates all non believers and pretty much wants to kill them, so it is the element that creates a sort of equilibrium within the groups of religions, it might even win because of it’s radicalism some day.

Right now radical Islam thrives in all countries of the world, in some sort or another, war and violence is their strongest tool and they believe in an eye for an eye, the tradition that leaves everyone blind in the end.

When everyone is left blind in the end, the blind will have to lead the blind, reality will break down and virtual reality will rule. Sounds kind of like the world we already live in, so Islam is just a symptom of the world we have built together in the past 10,000 years as a human society and civilization.

They Don’t care About Us!

I don’t care about Islam, I remind myself of this, yes they are people just like me, they live on the same earth and breath the same air, they have the same day to day problems and also live with an ego and a mind, surviving the environment society has built, just like everyone else.

In most ways they are just like everyone else, but something about their faith makes my skin get goose bumps. We all know that if they are not stopped by humans, nature or a higher power, they will eventually either turn us or kill us and make Sharia a worldwide symptom. But it is our own fault, society, that they are here in the first place.

Western Society is Too Patient and Naive

We have always left voids for terror, hatred and radicalism to come in and bring global equilibrium into place. It is in our nature to kill. Some go against that nature, they should be applauded, but in doing so they leave a void for those who are more prone to the primitive nature of humans, like animals, like we were 10,000 years ago, but with guns and ultra sharp stainless steel 9 inch knives that can decapitate a human head in under 10 seconds while being recorded with an iPhone for the whole world to see.

So radical Islam is probably closer to human nature then we think, more prone to the animal like behavior that we all push aside and try to deny on a day to day basis, we try to let things like creativity, love and progress rule our lives, we try to look to the future. But there is no denying that we are natural born killers, all of us, within a larger animal kingdom, surviving on our Earth.

We can Not Change Their Violent Nature

Islam is like the Hyena and the rest of us are Lions, Zebras, Alligators, but this is just a metaphor, we are actually all Humans, but continuing with the metaphor, if we let the Hyenas let loose and don’t protect our own territories they will take over, it is in their nature and you can not change the nature of a Hyena. 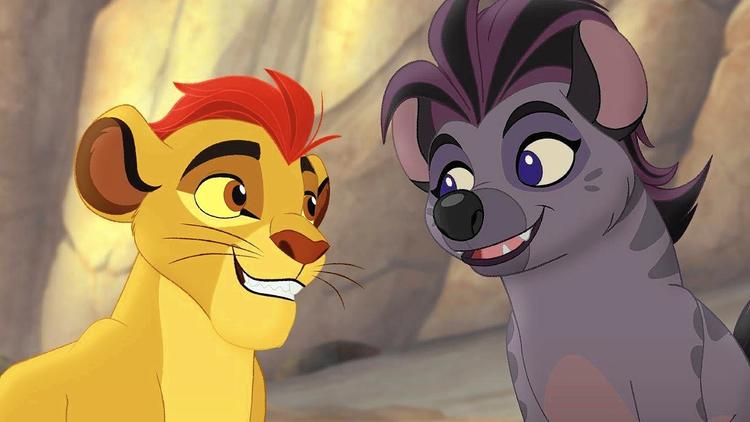 We can’t tell them, hey, listen guys, you have to change your ways, we also can’t just ignore them, or can we? the fact is that most Muslims want Sharia law and not liberty and freedom. They say the best offence is a strong defense. The Art of War says to fight the enemy where they aren’t (by strengthening defenses). This is why the IDF (Israeli Defense Force) has never been over-run by armies and forces of radical Islam, we should see the IDF as an image that we should all try to copy in this way, and learn to DEFEND ourselves from radical Islam, it is the only way we can survive this symptom as a human race, without becoming animals.

Our only way to kill radical Islam and to not loose our principles while doing so, to not become worse than them, is to defend ourselves against them, don’t let them into your borders, don’t let them build Mosks, where their cells of hate and violence and born, where they turn people of all colors alike into murderers.

Don’t go out with guns blazing trying to conquer them as we have seen that this does not work, Israel failed to do so in Lebanon, the US failed to do so in Iraq. The answer is to hold your borders, build walls and put snipers on those walls, as many that are needed, let the enemy fight among-st themselves and make sure you are prepared for the day that they might attack and when they do attack, defend your cities and citizens like Lions defend themselves from attacking hyenas. 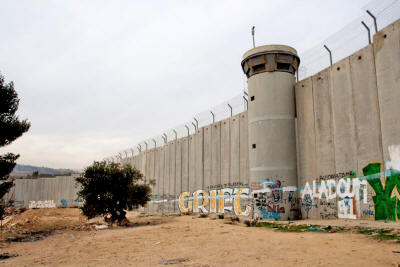 This is an Opinion article from the Globally Bored web-team Stories section, if this article has offended you in anyway, please forgive us, it is only an opinion.

« Stories: 4 People Who Were Born Poor and Are Now Rich!
Sponsored: What Are Forex Trading Signals? »